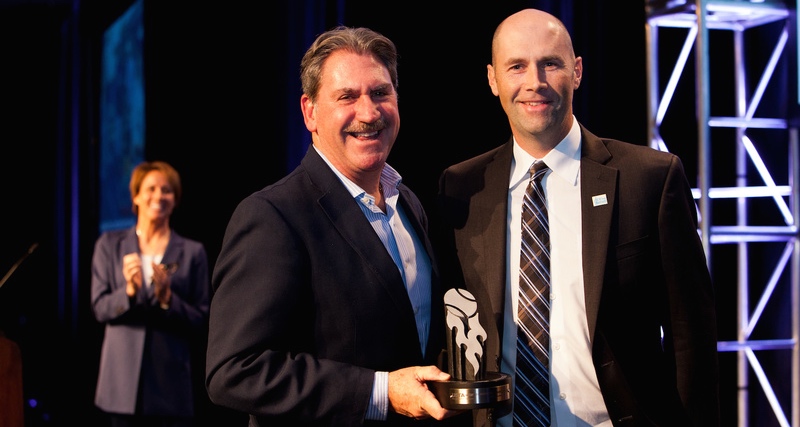 The USTA announced that ACEing Autism in Los Angeles has been awarded the 2014 USTA National Adaptive Tennis Community Service Award.  The organization was honored during the annual USTA Tennis Development Workshop (TDW) held Nov. 6-9 at the Sheraton Atlanta, in Atlanta. The USTA bestows this recognition upon a program or program leader that has demonstrated continued excellence, dedication and service in tennis for an adaptive tennis community.

ACEing Autism’s program director is Richard Spurling, an active member of the USTA Adaptive Tennis Committee, who was awarded the 2013 PTR Humanitarian of the Year Award. Spurling is also a speaker for USPTA and PTR. Started in the summer of 2008 by Spurling and his wife Dr. Shafali Jeste in Boston as a family run organization, ACEing Autism moved to the West Coast shortly after and in May of 2010 partnered with UCLA’s adaptive reaction program in Los Angeles.

“On behalf of the ACEing Autism Board we are extremely grateful for this honor,” Spurling said. “I share this award with my staff, our 32 program directors and the hundreds of high school and college student volunteers who bring tennis into the lives of families that are affected by autism spectrum disorder.”

ACEing Autism uses tennis as a means of engaging children on the autism spectrum. It allows these kids to have fun and learn the sport as well as increases hand-eye coordination, motor development, improvement of social skills, attention, enhancing health and fitness, and self-confidence. ACEing Autism has 32 tennis programs in 13 states serving the needs of about 500 children with autism on a weekly basis, who represent a variety of cognitive, special and physical abilities.

“What Richard Spurling and ACEing Autism have done for children with Autism is simply amazing,” said Kurt Kamperman, Chief Executive, Community Tennis, USTA. “ACEing Autism is dedicated to ensuring that everyone with special needs has the opportunity to participate in a meaningful tennis experience. We are proud to acknowledge their efforts with this award.”

In the fall of 2014, ACEing Autism launched seven new programs in California, Florida, Massachusetts, New York, and Texas. In 2015, the program plans to expand to fifteen new locations across the country.